The buzz is starting “passports will be required” for domestic travel. The Real ID Act of 2005 is not “new”,  it’s been scheduled for implementation since 2005!  Real ID Act sets standards for the issuance of sources of identification requiring states to collect additional information when issuing drivers licenses and that they include the compliant security coding. Over 10 years, there’s been plenty of time and ALL but nine states have complied: their drivers licenses will no longer meet the TSA requirements for air travel. 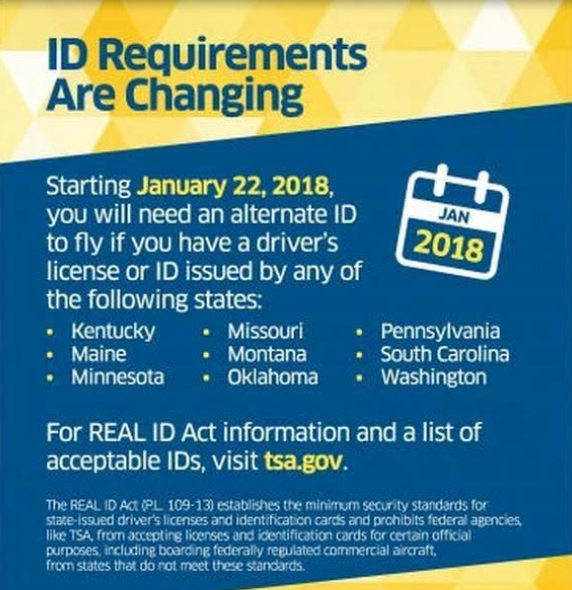 Unlike a hotel room where you can often “show up” with an additional person or even “sneak” an addition person into your room, cruises are different requiring every passenger to be accounted for in advance, even babies.  This has to do with coast guard safety requirements in addition to having the required boarding documents.

Not all rooms can accommodate more than two people; rooms that will accommodate more are often limited to exact number i.e. 3, 4 or sometimes more depending on the cruise line.  Many of the promotions, specials, deals are based on double occupancy (two passengers).  They are often offered on a guarantee basis meaning the room is not assigned until after payment is made and can be as late as day of sailing. During peak periods it is not uncommon for there to be no rooms available for triple or quad occupancy requiring the purchase to two rooms. Sometimes availability can be restricted due to ages of children due to caps on the children programs, especially with Disney Cruise Line.

The day has come, permission has been granted for several Florida based lines to add Cuba as their newest Caribbean port of call. Havana is featured on limited 4, 5 & 7night itineraries from Tampa and Miami most featuring overnight stays allowing passengers to enjoy all the sights, sounds and flavors that have remained mostly unchanged during the past 50 years.  These cruises require valid PASSPORTS and do comply with the current US Department of Treasury regulations. Our office has sent clients to Cuba in recent years on government approved “people to people” land tour programs but they were quite expensive, these new cruise options are much more affordable. 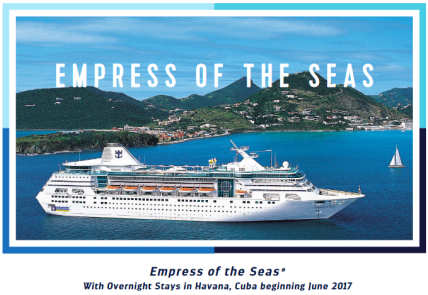 When it comes to luxury cruises people often make the wrong assumption, assuming they are priced beyond their reach. Actually choosing a luxury cruise instead of a luxury suite on a popular cruise line can be a better value. With fewer passengers on-board staffs are committed to providing concierge service to every guest in an elegant yet relaxed atmosphere. In addition to traveling with fewer passengers all paying similar prices they offer a lot of added INCLUDED amenities, i.e. free shore excursions, often beer & wine, sometimes cocktails as well. There are great air promotions with offers for reduced, free and/or business class upgrades.
Because their ships are smaller they can access smaller ports that the big ships cannot.

Now is the time to be planning summer travel, especially families. Whether you’re thinking about a cruise from Port Canaveral, an All Inclusive Resort or one of the 1000’s of other options. Summer is a peak travel time and cruise ships often sell out of cabins that can accommodate third and fourth passengers requiring the purchase two rooms instead of one: and they must be together. Airline flights are in high demand making cheap seats harder to find as the number of passengers increases for both domestic and international.
Remember any/all air travel departing the US required a valid passport, the longer you delay the longer you will wait. Beginning the process now leaves some flexibility if plans need to be shifted a little here or there to capture better pricing. For those not restricted to the school calendars fall is a great option, less money and less crowded.

Have you thought about a river cruise? For years there were few options, riverboats quite basic, yet prices were expensive. Today’s river cruise market has changed; there are several established companies in the market i.e. AMA Waterways, Avalon (part of the Globus brand), Uniworld Boutique Cruises and Viking River Cruises and more recently A-Rosa, Emerald, & Scenic River Cruises joining the ranks. Riverboat construction is constrained by locks and bridges along the rivers that must be navigated accounting for the somewhat similar common appearance. Don’t be fooled the new ships are filled with innovative construction designs and loaded with 5-star amenities to satisfy the most discerning. Beyond the longtime favorites suppliers have opened new European rivers to cruising like the Douro in Portugal & Italy’s Po River from the Venice Lagoon. The rivers of SE Asia, Africa and the Amazon have new luxury riverboats exceeding the expectations of the American traveler. Don’t overlook the great US and Canadian waterways options.

A river cruise is a great vacation on its own or take advantage of the opportunity to link itineraries together or add pre & post land extensions as may be desired. Remember a river cruise is more inclusive including shore excursions, bicycles for the adventurous, local entertainment on board, usually beer & wine with meals. For consumers this is great news as this competition has brought very competitive pricing i.e. 2 for 1 cruise rates, often $300-$3000 off per couple, or reduced air; sometimes free. A River Cruise more affordable than you might imagine.

We invite you to explore River Cruise options at your leisure via our website,
CONTACT us to handle all the details!

The Princess Captains Circle magazine has arrived celebrating their 50th anniversary filled with great stories generating many “I remember that” moments among you.  Their new ships are innovative, amenity rich yet maintaining the cruise experience. Princess  has been a leader in the cruise industry! They were the first to introduce 24 hour dining, great culinary favorites and dining options. There’s no shortage of great entertainment these days from top notch theater type productions inside to their outdoor Movies under the Stars. Already cruising worldwide Princess is always adding new ports & itinerary combinations some with land extensions to deliver the best overall cruise experience. The most important change is you their passengers, more diverse yet all eager for the Princess “come back new “experience!

The magazine provides a quick snippet on their itineraries to spark your interest; our office has the complete 2015-2016 Cruise Atlas waiting for you.

Whether you’re a Captains Circle Member or considering Princess for the first time Brevard Travel Service wants to provide you with the personal service you deserve
~~~at no additional cost.

We are located near Port Canaveral and this is the time of year where our phones start to ring with requests from soon to be graduates hoping to take a graduation cruise with their friends. Most have reached the “adult” age of 18, graduated from high school and many preparing for college. Almost all are surprised that 18 may be a legal age for many things but for cruising it is not acceptable for unaccompanied cruising, i.e. without parents or guardians. Cruise lines are firm in their restrictions which I will detail clearly.
Carnival Cruise Lines requires everyone in the cabin to be 21 or older otherwise there must be someone at least 25 years old.
Royal Caribbean a bit less restrictive requires at least one person to be 21 years old in each cabin.
Disney Cruise Line does allow passengers to travel alone  at 18 years but most graduates are not looking for the Disney family cruise experience option.

Did you know it cost you nothing to book your cruise locally thru Brevard Travel Service?
Did you know our prices are the same as those seen online?
How? Because we are STILL paid by the cruise lines.

Our website makes it easy to search departures to know when, where and which ships are sailing when you are interested in traveling. Check out our Cruise pages I have made it so easy to navigate and prices are updated daily giving you a good feel for overall rates. Unfortunately it is unable to auto capture all the discounts, i.e. senior, military, past passenger and resident’s rates, that’s why I’m here to sort out all the deals. Whether you saw it on TV, magazine, email or a flyer in your snail mail~~ if it’s valid and available we have it here at Brevard Travel Service. Unlike the big online agencies we don’t offer perks with those *asterisks* that don’t apply for one reason or another. We encourage to book locally and support your community, call now for prices on your next cruise.

There continues to be lots of confusion on the travel requirements for U.S. citizens thinking about taking short cruises. The initial plan in 2007 was to require all US Citizens leaving the country to have in their possession a valid passport. This was to become effective in 2008 but was postponed because ~~the public had not had enough fore warning~~ and was delayed until early 2009 then delayed again delayed until mid-year at which time after two years of uncertainty a compromise was made.

Passports are recommended for all US Citizens departing the US however that final June 2009 government ruling allowed exemptions for US citizens travelling on “closed-loop” a cruise, that’s where all the confusion begins. They state passports are required and then further down in the text they begin trying to explain. I will attempt to make it easier to understand.

Passports are recommended but not required on most cruises from Port Canaveral, and other Florida ports, several east coast, and some California ports and Seattle departures.

Passports are required If the cruise

Although a passport is not required for U.S. citizens taking “closed loop” cruises, we strongly recommend all passengers travel with a passport (valid for at least six months beyond completion of travel). Having a passport will enable you to fly from the U.S. to a foreign port in the event you miss your scheduled embarkation or to fly back to the U.S. if you are unable to return with the ship.

ALL passengers, including infants need proper proof of citizenship in order to travel and failure to present a valid document at check in will result in denied boarding and no refunds will be issued. Some cruise lines may elect the more restrictive Passport required policy for their protection. Our office recommends passport when leaving the country and can advise if an alternative proof of citizenship is allowable for US citizens during the initial inquiry and/or booking process.

EVERYONE must have proper proof of citizenship regardless of age, including infants. 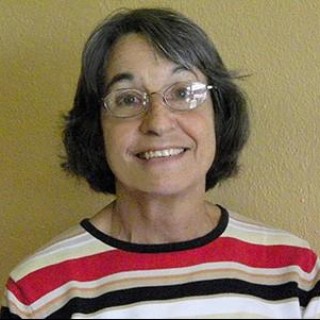 Since the early 70's I have been arranging travel throughout the world, having experienced the many changes and endured the economic ups and downs for over 40 years. I enjoy the daily interaction with my clients allowing me to provide the personal attention and service they deserve. As manager of Brevard Travel Service, Merritt Island I give every customer my full attention whatever their need may be, regardless of budget.

~speals and deals~
Blog at WordPress.com.